HOW WILL ABUSERS BE HELD ACCOUNTABLE IN A POST-CARCERAL MUSIC INDUSTRY?

As Burger Records faces its imminent end, members of the independent music scene gather around survivors to ensure that their voices are heard. Countless sexual abuse and pedophilia allegations against the label surfaced this past month, and survivors have rallied together to dismantle the label for good. This community of survivors has been sharing their stories online in order to bring awareness to abusers within this indie rock scene. Abusers associated with the Fullerton, California based label include co-founders Sean Bohrman and Lee Rickard, as well as members of now-infamous indie rock bands The Growlers, The Black Lips, and The Buttertones.

This accountability movement began when numerous abuse allegations against Sean Redman (The Buttertones) began to circle on Instagram. One experience in particular, shared by Clementine Creevy of indie rock band Cherry Glazerr, ignited widespread response in the form of supportive comments, posts and recounts of similar experiences.

Perhaps the largest and most notable form of response was the birth of @lured_by_burger_records, an Instagram account run by three anonymous people dedicated to reposting survivors’ experiences with the label. What followed was a poor attempt made by the label to save face - silencing survivors’ comments on their social media platform, and hiring a woman to handle their PR with the promise of “rebranding.” On July 21, the label announced they would be shutting down completely, after their token PR lady, Jessa, quit. Although this does not even begin to bring justice to survivors, it can be deemed a small victory for every person who has experienced sexual abuse by members of the music industry. 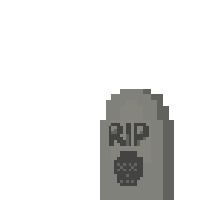 The death of Burger Records has sparked controversy around the topic of “cancel culture” and its ethics. But does it matter if these public call outs are “right” or “wrong”? Fixation around this type of conversation only detracts from the more important question at hand: how can we hold abusers accountable on a community level while keeping survivors safe? Adrienne Maree Brown, a Black author, doula, and activist reflects, “rather than continuing to discuss whether or not call outs are ‘good’ or ‘bad,’ I wonder what it would look like if a community of care actually rallied around the person doing the call out?” Ensuring that survivors feel safe, held, and healed should be the focal point rather than pouring energy into discrediting them.

This movement powered by survivors has not only shown us what community accountability looks like, but also how it can be applied to the future of our music industry - a future without policing and incarceration. Shortly after the exposure of Burger, indie rock artist SASAMI posed the question on their Instagram: “What is our post-carceral plan for holding abusers accountable in the music industry?” While we do not have the fix-all answer to this question, it has inspired pause and reflection while we imagine what the future of our music communities will look like through an abolitionist lens.

Community accountability is not a new concept; it is just one of the many branches of transformative justice that various communities have been working towards for many years. Such communities include a collective known as Support New York that was started in the mid-2000s as a response to sexual abuse in NYC’s underground punk scene. Though the collective is no longer active, they created and released an “Accountability Process Curriculum” for both survivors and abusers to undergo which is still available to the public. The curriculum consists of various readings, writings and exercises that are designed to help the abuser understand how they have perpetuated violence, while also trying to ensure they will not repeat their abuse.

The curriculum is only enforced if it meets the demands of the survivor. One of the co-founders of Support New York, Colin Hagendorf, summarizes how he facilitated the accountability process between one survivor and their abuser: “The survivor makes a list of demands, and part of the process was about helping [the abuser] to willingly comply with them. A lot of times, if the person was a prominent activist, one demand was that they needed to step down from being the face of their organization, to not do any organizing work that put them in contact with volunteers.” Removing an abuser from their position of power is not about disposing them; it is rather another form of community accountability.

Since every case is different, there is not just one sole curriculum or method that can hold every abuser equally accountable. The course would vary based on the demands of each survivor. Examples of exercises carried out by Support New York and abusers includes writing public letters addressing the harm they had caused and writing private letters of apology to survivors affected by their assault. The curriculum also includes meditation, education, and physical therapy guided by qualified mediators. These processes were designed to create space for both survivors and harm-doers to heal. The sooner we realize that harm-doers need to rehabilitate, too, the better chance they have at never inflicting harm again. While this method may not be perfect, it is a step in the right direction - a direction that actively seeks to minimize harm for all parties involved.

While the music industry processes, learns, and unlearns what a post-prison society will look like, various forms of community accountability are already happening at scale. LA band Sloppy Jane has compiled a list of labels, managers and lawyers offering help to all female artists who had record deals with Burger Records. @lured_by_burger has compiled resources for survivors. Diverse independent labels, collectives and projects are being celebrated now more than ever, including Multivrs Is Illuminated, 88rising, and Flat Pop Records.

How will we guide change and encourage growth while holding predators accountable? This is just one of the many questions we, as fans, artists, and curators need to be asking ourselves. It’s time to deconstruct the system we currently live in, while simultaneously constructing new industry standards - standards that normalize sex and gender equality. Let us re-imagine our post-carceral independent music communities.

May we stray from zero accountability to acute liability grounded in mutual aid.

May we strive for an accountability process that doesn’t include policing and prisons, but a process rooted in healing and education.

And may we end the toxic cycles of abuse within the music industry to make room for timeless transformative support based in community.

abolition: the act of officially ending or stopping something; the abolishing of slavery (Marriam-Webster)

community accountability: a community-based strategy, rather than a police/prison-based strategy, to address violence within our communities (Transformative Justice Kollektiv Berlin)

patriarchy: control by men of a disproportionately large share of power (Marriam-Webster)

cancel culture: the practice of withdrawing support for public figures and companies after they have done or said something considered objectionable or offensive (Dictionary.com)

transformative justice: a liberatory approach to violence which seeks safety and accountability without relying on alienation, punishment, state or systemic violence, including incarceration or policing (Transformative Justice Kollektiv Berlin)

mutual aid: when people meet each other’s basic survival needs with a shared understanding that the systems we live in will not provide that for us (Big Door Brigade) 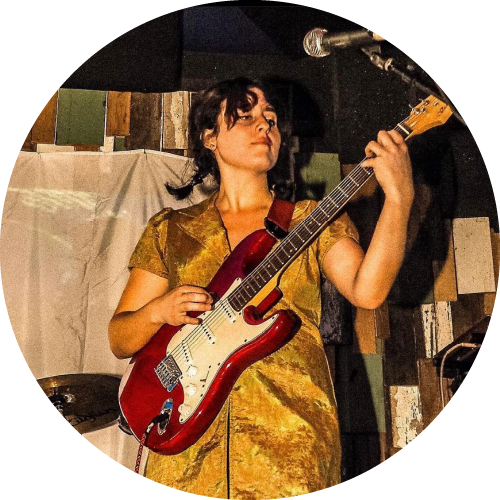