LA based trio comes out with their new single
“ Wait ”

Tobi Omola, singer/songwriter, and Ellis Laifer, one of the producers of the project, are recently reunited after a COVID caused separation. While their band mate, producer Eli Koskoff, remains on the east coast, they are sending songs back and forth. The trio is planning an EP release this winter which will include “Wait.” You can listen to their previous single “Home” which was released last October.

The production of “Wait” began just like any other of their songs - with the music. “Eli and I will come up with something together, and Tobi will be like, ‘I like it’ or ‘I don’t like it,’ and then he’ll just start writing to it,” says Ellis.

I was in my room and I was thinking about cactus spines… and I was trying to relate myself to being some sort of cactus in a desert...

Tobi recalls, “I was in my room and I was thinking about cactus spines… and I was trying to relate myself to being some sort of cactus in a desert in the way that cactuses are undesirable, living without water and things of that sort... The lyrics formed around just thinking, “i’m not as pretty, life is not as pretty as you think.” Honestly, it’s liberating, he sings.

The chorus hits with Tobi singing, I’m just keeping up with changes, not expecting you to understand it, roots that reach the water table, wait, wait, I’m growing in my own way. The allusions to nature and growth in the chorus echo the revelations of a cactus in the verse. It makes me think we’re all that little cactus sometimes. Not to mention the melody is catchy and the song itself seems to blossom with dreamy vocals and bright, acoustic guitar riffs.

Tobi says, “I think the word ‘wait’ kinda complicates the progression. We brought back that melody from a song I wrote my sophomore year of college.” In a lot of ways, this song is a true testament to the band’s growth, shining a new light on their past.

The second verse varies from the first, with a quick paced rap verse from the perspective of someone who is growing through pain and crisis. The band really prides themselves on their second verses. Tobi explains “it always takes time, that’s the thing, there’s always an argument of how the second verse should go, but in the end it always becomes that driving force within a song. Like our next single too, I think the second verse goes really hard.”

Ellis loves the process of creating the second verse, saying that “there has to be something that changes that keeps it interesting.” The precise attention to the landscape of soft and subtle sounds supports Tobi’s vocals in a way that, as Tobi said, goes really hard.

Their music often has juxtaposing elements - fast tempo, soft vocals; sharp, bright beats, gentle lyrics. Tobi mentions that “even for the tunes that have a high energy pace, the words are often within soft contexts.” This juxtaposition creates a lot of tension that is extremely satisfying and compelling to listen to.

“It’s meditating on something, but that something is energetic. And those two things push and pull,” says Ellis.

“Wait,” in their opinion, incorporates their old styles of writing. As for the future of the band, Tobi predicts, “I feel like last year’s Fortuno and this year’s Fortuno are two different artists in terms of the lyrics… Past Fortuno was sappy love songs and future Fortuno, I think the lyrics are becoming more personal… I’m being more intentional about each line.”

Ellis adds, “I think what Tobi is trying to say is that he’s gotten better at writing lyrics.”

We are so excited to see them go deeper and grow stronger as a band. They have extremely strong roots but also a lot of motivation to keep reaching for authenticity, overcoming obstacles as they come. For the rest of 2020, Fortuno will be releasing a few more singles and an end of the year EP, keep an eye out for them. Make sure to be nice to yourself today and give a listen to “Wait.” 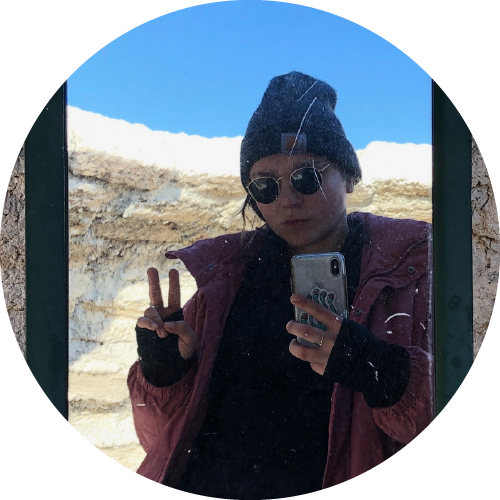 Jenny (Euge) Papisov is a singer, songwriter, regular writer, guitarist, pianist, environmental scientist, and farm to table witch. Her musical idols are Bob Dylan and Rihanna. She lives in Vermont and, yes, has seen Phish 21 times. Her goals for 2020 are releasing an EP, becoming carbon neutral, and moving home to her parents house.